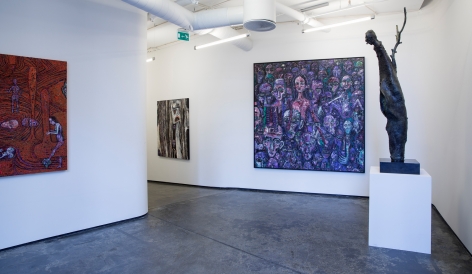 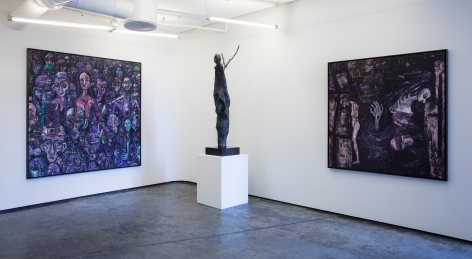 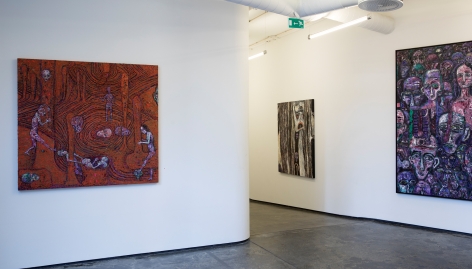 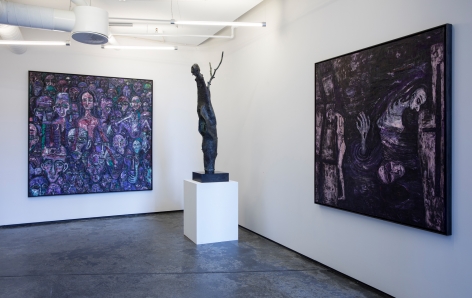 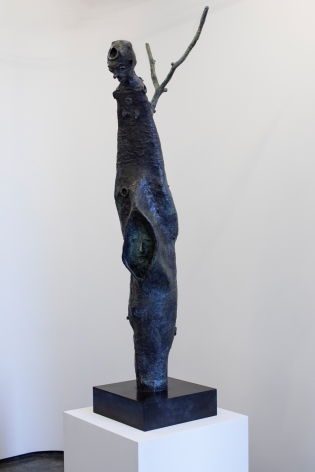 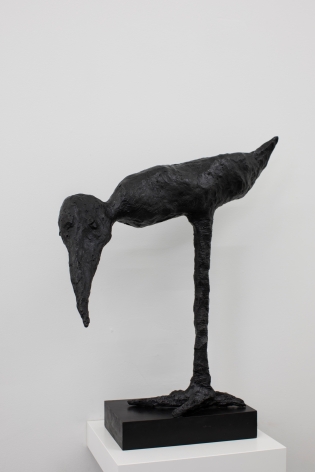 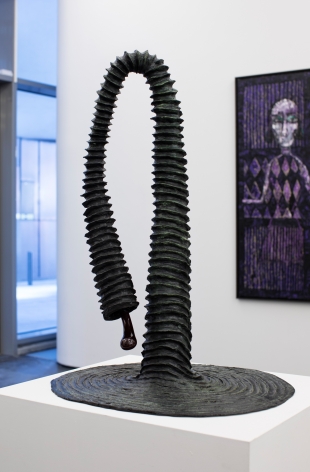 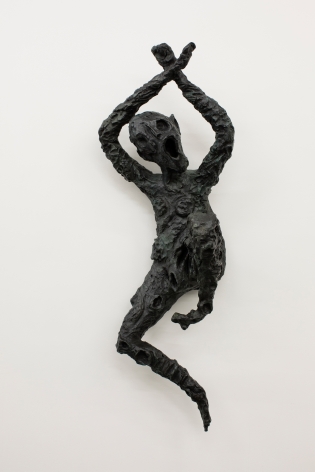 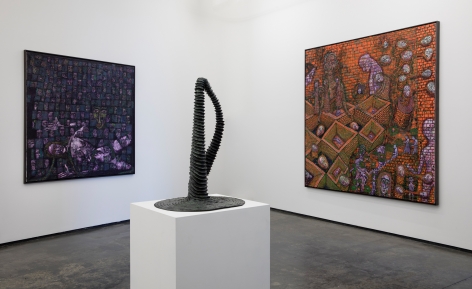 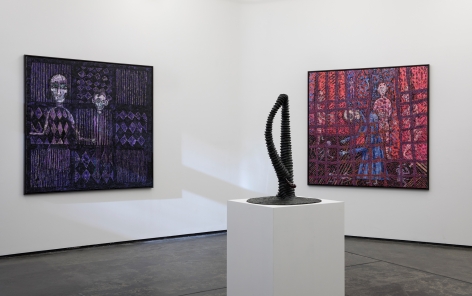 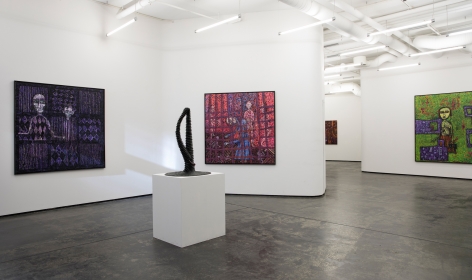 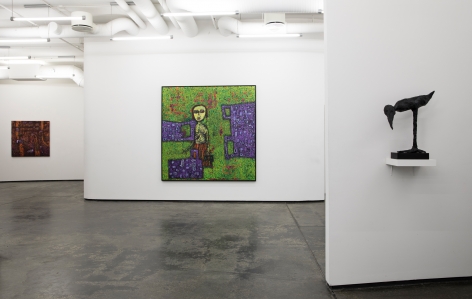 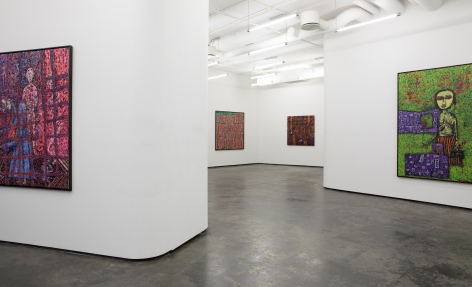 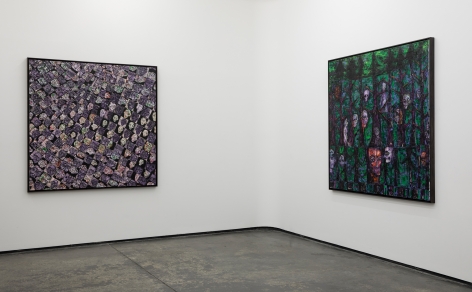 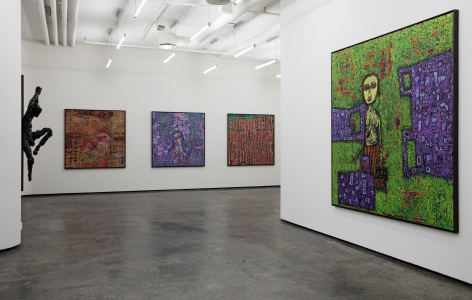 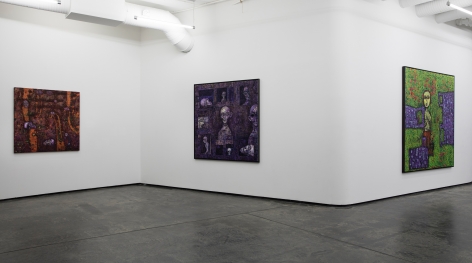 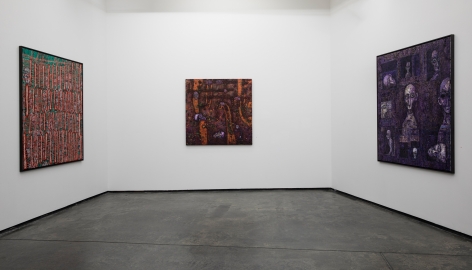 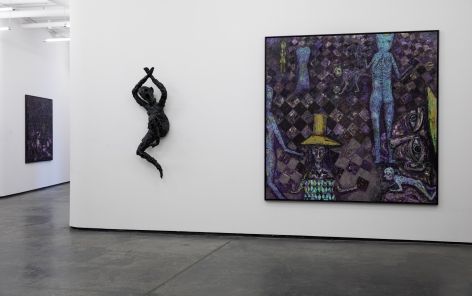 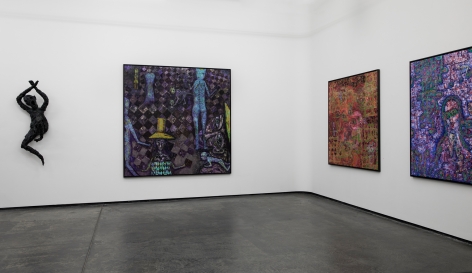 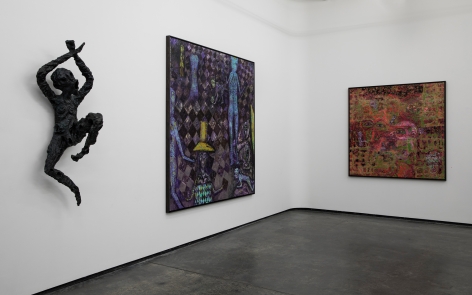 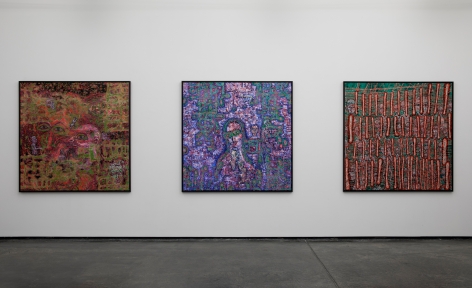 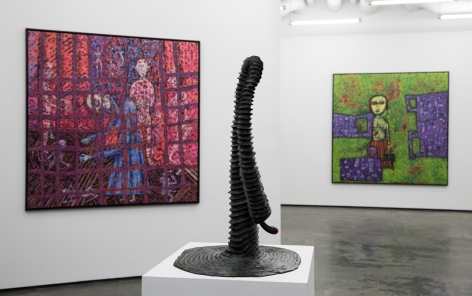 The exhibition «The Long Journey» is a paraphrase over Kjell Erik Killi-Olsens journey through his own life, but also a praise to humans taking the long journey to freedom. “Worries and pain can be painted in the most beautiful colors”, says Killi-Olsen. October 12 the artist is opening his first solo exhibition in Norway in 7 years. The exhibition presents 24 new paintings and 4 new sculptures in a wide range of colors and expressions.

It’s been a long journey as Killi-Olsen has lived half his life outside of Norway, but now at 65 is returning home. The artist was partly educated in Poland, but in the 1980’s he moved to New York together with the two artists Therese Nortvedt and Olav Christopher Jenssen. Here he became known for his own form of expressionism, it was a range of clear colors, with twisted and humoristic characters, almost like a playful nightmare. This type of style has been following Killi-Olsen and is just as characteristic in the new paintings exhibited at Galleri Brandstrup.

In 1989 Killi-Olsen moved to Sao Paulo in Brazil where he created the renowned work “Salamandernatten”. This has become a unique piece in Norwegian art history, consisting of 72 3 meter high sculpture covered in sand. The rough, eroded, heavily worked surfaces of the sculptures has become one of Killi-Olsens trademarks, depicting primitive and raw versions of people surrounding him.

“The Long Journey” consists of what the artist refers to as “painted stories”, it’s about his life and the nature of changing trough time. The exhibition is also about physical movement as it also describes the different countries he has lived in, such as Poland, USA, Italy, Morocco, France and more. This is also related to the stories of refugees, taking risks traveling over borders to escape death and war, to find peace and freedom. These stories all have their own visual language, showing the artist’s unique creative energy and securing his strong position in Norwegian art history. 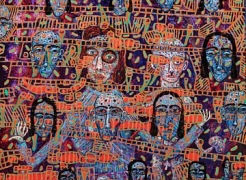