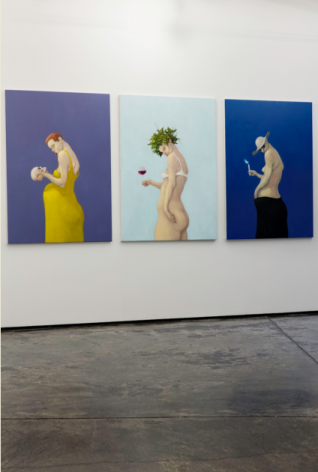 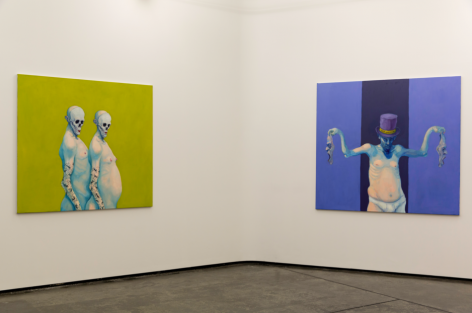 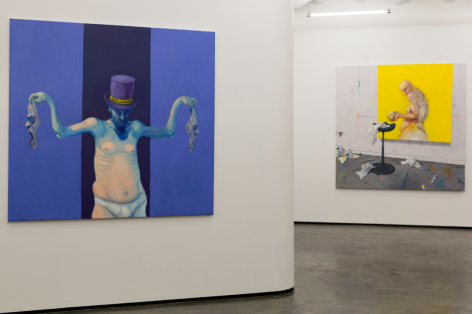 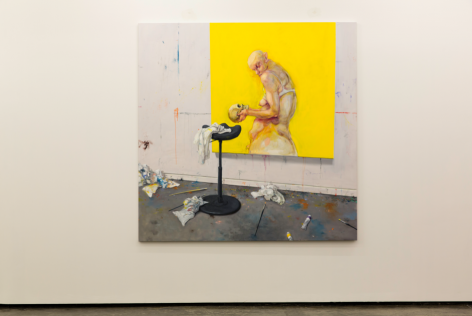 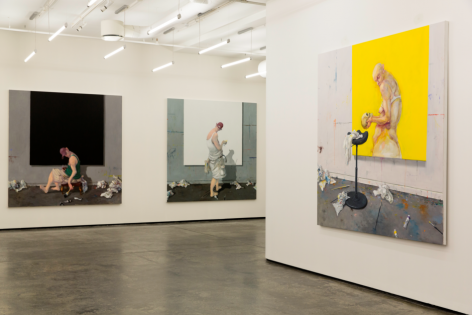 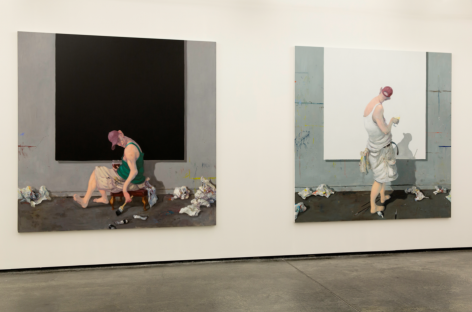 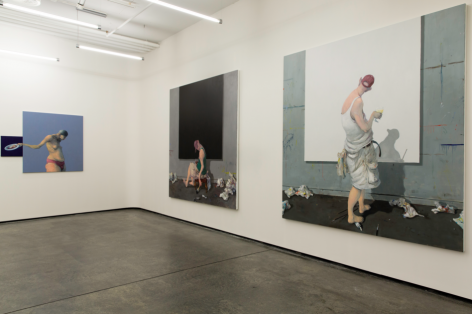 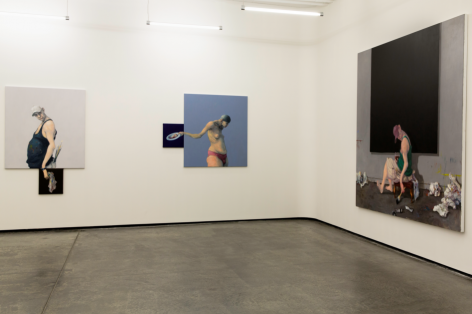 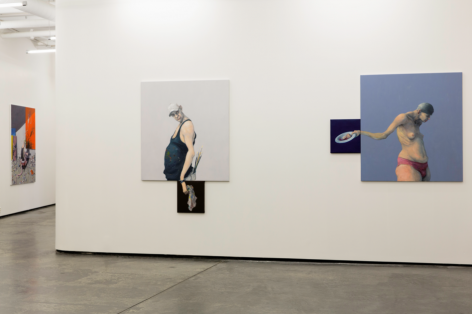 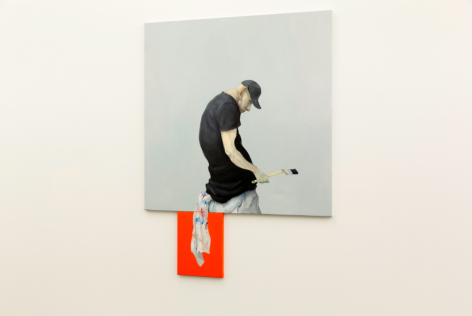 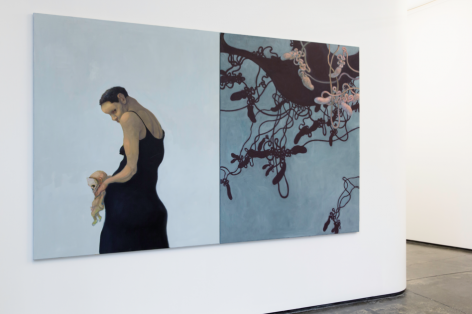 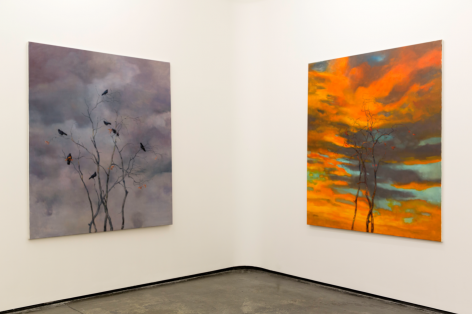 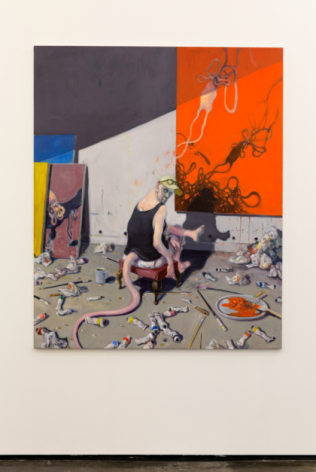 Michael Kvium’s (1955) artistry portrays his own world of stereotypes, with an underlying dystopian outlook at modern society. Galleri Brandstrup is proud to present our first solo exhibition with Kvium since 2011, titled “November”.

Kvium deals with existential subjects, and his art shows uncompromising portrayals of the aspects of life that human beings rather hide than expose to observation. Wrapped in stereotypes, the persons portrayed confronts the spectator with a paradoxical feeling of horror and fascination of the hideous and of nothingness. In “November” Kvium’s focuses on the artist in his studio, isolated, but exposed by the viewer observing him.

Nature is also an ongoing focus in Kvium’s art, in the two paintings “Pitchblack bastards from the middle of November” and “Bloody Leaves from a Fearful Fall” is not a common landscape painting. Kvium works with nature as a metaphor for feelings, which is also reflected in the paintings titles.

The people portrayed in Kvium’s art have the same characteristic features with their pale white and hunched back bodies. The characters’ androgynous, hairless heads often have a certain similarity to the artist’s own features. His way of working is similar to the mannerist style, with stretched bodies and limbs, which emphasizes human emotion.

Michael Kvium’s painterly staging contains associations to a theatre stage. As a theater plays a story that unfolds in the interval between the curtain rise and fall, human life unfolds between life and death. This is particularly visible in the way he creates a variation of characters, by giving them different clothes, make-up and characteristics of professions or historical persons. In addition to the main role of the artist in November, Kvium has also painted the artists muses; the Bacchae, and the Femme fatale from the film-noir genera and as a memento mori.

The characters are often isolated, even in images where there are multiple characters in action. The loneliness of each life is enhanced when Kvium makes a painting of a couple or a mother and her child. He separates them by using body language, masks or glows, but at the same time the characters often looks strait to the viewer, whereas Kvium creates a feeling of a confrontation or mirroring. They are not alone, but lonely. 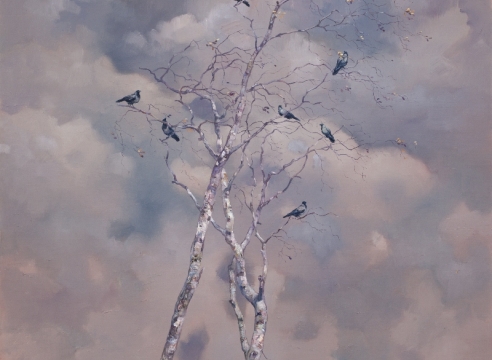