The exhibition ‘The Munch Forest 2016’ is photo artist Per Maning’s voice in the debate whether to conserve or develop the Kikut-site, a forest that is a part of the area around Edvard Munch’s old studio at Ekely.

In 2004, Per Maning moved to Ekely with his wife Anne-Ka, and they immediately started to take usage of the forest around the area. It was Thorvald Steen and Torgeir Rebolledo Pedersen who first suggested giving the emplacement to the suitable name ‘The Munch Forest’, as the story of Ekely also is the story of an important chapter in Edvard Munch’s life and career. In Munch’s artistry, the tree itself got a more profound role as motifs in his art, as shown in the iconic piece “Stjernenatt” from 1922, showing the forest. The old Swiss villa that was his residence here, was demolished in 1960 and is by many considered today as a cultural scandal.

As the surrounding environment of Norway´s greatest painter, Ekely and the Kikut-site was listed as a heritage site in 1996, despite the fact that the owners of the site long had wished to use the area for housing construction.

The listing was completed in 1997, however not without a fight. Several of Ekely-artists fought with burning commitment over a long period time, and it was only when the Directorate of Cultural Heritage took initiative in the case process that a final result was achieved. This was the first case in history where the Directorate of Cultural Heritage got authority to protect a landscape that was closely linked to a cultural personality.

Despite this, the forest has now again has become an object of cultural and industrial policy disagreement. Now it is being debated whether the plans to build the controversial artist Bjarne Melgaard's spectacular residential ‘A House to Die In’, in this very plot. The home is scheduled to be, as the title implies, a house for Melgaard to die in. It will become a combination of a performative artwork and a house, containing and underground swimming pool and a 12-meter high tower.

Torgeir Rebolledo Pedersen has written about how Maning has come to apply the issues surrounding Kikut-site of his exhibition ‘The Munch Forest 2016’ in the catalog for the exhibition at Galleri Brandstrup.

'To get an understanding on this exhibition, we have to look to the starting point; an arboretum in Antibes in southern France. An arboretum Per Maning talked to me about a few years back, and put forward the idea of ​​an exhibition in that regard. I seem to remember that we entered the Garden of Eden, and we discussed the erosion and senseless destruction of havens, that perhaps is our unconscious revenge on behalf of Adam and Eve, because their exile in the dawn of times. Eden would return to the project as a metaphor for a different forest, a forest that we have baptized Munch forest, a forest that faces strong commercial forces within property development, and that now threatens destruction.'

In the exhibition 'The Munch Forest 2016' motifs from Jardin Botanique and the Munch forest are mixed together. Some of the works shows the forest as a landscape where humans and animals interact with each other and others show specific and often stage details of the trees. Maning and his wife have visited Arbor in Antibes at countless occasions in different seasons through their years together. Gustave Thuret founded the garden in 1857, and although the forest consists of 2,500 trees and 1,600 plants from around the world, Maning knows it well. As Pedersen mentions, the garden in Antibes got Maning to see Munch forest with new eyes, not only as beautiful, but also as a place where plants are valued and safeguarded, regardless of species, age, shape and character. 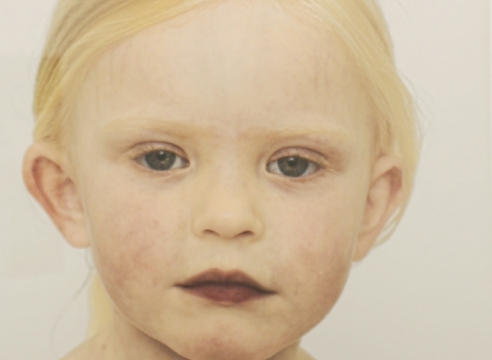