Li Binyuan (1985, China) graduated from the Sculpture Department at the Central Academy of Fine Arts in 2011. He currently lives and works in Beijing. Binyuan belongs to the so-called ‘new generation’ of Chinese artists, whose work draws upon the codes and techniques of the experimental Chinese art scene of the 1980s and ’90s. His performances explore China’s changing socioeconomic landscape. Li Binyuan’s practice is an exploration of spatial systems and the possibilities for action within a space. For him, space is a physical and socio-political entity. In his work, space is created based on the artist’s plan, presenting completely new meanings and energies. Through his personal interventions, Li invites viewers to reconsider appropriate and legitimate boundaries, casting further doubt on common sense as a medium of control. Binyuan’s work are represented in  collections such as The Museum of Modern Art (New York, USA) M+ Museum for Visual Culture (Hong Kong), Kadist Art Foundation (Paris, France/San Francisco CA, USA) University of Salford (Manchester, UK) and White Rabbit Gallery, (Sydney, Australia). His participation for the upcoming exhibition at Galleri Brandstrup is curated by Bjørn Inge Follevaag.

Anna Daniell (1978, Norway) works with sculpture, video, performance, photo and text, often her work spans across different media. She earned her MFA at Oslo National Academy of the Arts, and European Film College in Denmark. Daniell has exhibited her works in public institutions such as Vigelandsmuseet in Oslo, and Total Museum of Contemporary art in Seoul.

Through his art, Johannes Engelsen Espedal (1988, Norway) studys the relations between materials. His sculptural compositions consist of found objects that is broken or have fallen out of the economy. References to multiple ideas and formal traditions is shaped trough different crafts and treatments. In his sculptural process the tension between destruction and creation is constantly maintained. The artist earned his MFA at he National Academy of Art in Bergen. Espedal´s works has been exhibited at Høstutstillingen in Oslo (Norway), where he was awarded Høstutsillingsprisen, Bergen Kunsthall (Norway) and Arkhangelsk Artist Union (Arkhangelsk, Russia).

Herman Mbamba (1980, Namibia) is educated at the John Muafangejo Center, in Windhoek, Namibia. In 2003 he moved to Norway where he earned his MFA degree at the National Academy of Fine Arts in Oslo in 2008. Currently his practice is deeply rooted within the tradition of painting primarily. By narrow terms one could argue that his visual vocabulary is a shift between the abstraction and figuration; a hybrid relationship between the two is highly fundamental within his visual vocabulary. Mbamba has exhibited at the Berlin biennalen in 2018, La Otra Biennalen in Bogota as well as  the Munch Museeet in Oslo, his works is represented in institutions and private collections such as The National museum of Namibia, Equinor Art Collection and Du Pisani Art Collection.

Oslo based artist Apichaya Wanthiang (1987, Thailand) explores subjects such as upbringing, environment and identity through her colorflooded painting and writing. Wanthiang is educated at LUCA School of Arts in Brussels (BA) and The National Academy of Art in Bergen (Master, Fine Art) and is currently an Assistant Professor at Trondheim Academy. In 2018, Wanthiang exhibited at UKS (Young Artists' Society) in Oslo; a breathing, mountain landscape was the main character of her grand, new commission, entitled Evil Spirits Only Travel in Straight Lines. As she creating an omen, a prediction, or presentiment, a topography of dried clay is elevated in UKS’ main galleries, heated to the temperature of the sun-scorched ground in Wanthiang’s native Thailand. 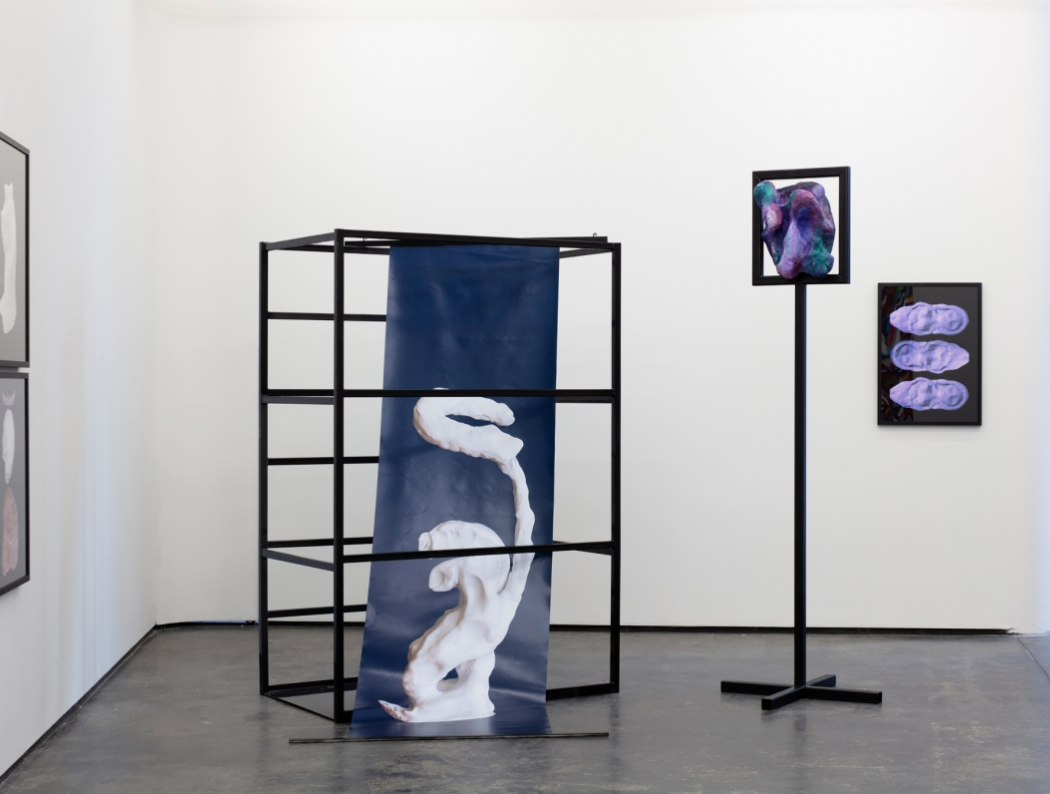