Anna Daniell (born 1978) works with sculpture, text, film, performance and photography. She lives and works in Oslo, where she has been granted the renowned residency program at Oslo City Hall, and will two years will occupy one of the three artist studios at Oslo City Hall.

Anna Daniell's artwork explores the human importance of art and objects in our time. She creates staged situations between the audience and her art, to turn to the accustomed perspective that objects are merely something we, as humans, create and use - and not something that influences, helps and shapes us.

In “The Flock of Problems” (2016) project, in which the artist exhibited six unresolved scientific problems, the audience were given entrée to a theatre-like situation where they could look at the sculptures for four and a half minutes, followed by the closure of a theatrical curtain. This project illustrates the way Daniell stages situations, where the audience gets the opportunity to step out of the role as a typical audience, to instead keep the sculptures with company as equal players. The audience is granted the opportunity to listen to the items, consider where they come from, and the stories they carry.

Throughout human history, sculptures and objects have been much more than just things. They have been charged with supernatural powers, the souls of animals and the deceased and homes of gods. Such objects have been fundamental to communal feelings and identity. We have felt that they have protected us from known and unknown dangers and reminded us of people and situations that are no longer. They have been the bearers of stories associated with our memories but also given access to realities beyond our own. As the ideals of the Enlightenment grew, spirituality was replaced by rationality. Realities beyond human comprehension became more and more marginalized, and it was primarily through science that we interoperate the world.

The borderland between the living and the object has in modernity been a cause of horror in popular culture. When objects come to life, realities arise, parallel to our own, that we cannot accommodate or control. In Daniell's universe, the subjectivity of objects is not a gruesome experience. On the contrary, she is committed to communicating to a wide audience and often uses humour to work actively to push her art out beyond narrow art communities and to create conversations between art and people.

Sculptures have the quality that through them we can materialize something subjective (memory or experience); for example, we can make a sculpture, which represents a deceased grandfather. In this way, we can bring something that no longer exists back into an objective common understanding. The sculpture becomes a medium, between our reality and that which no longer exists or exists only in the beyond.

In Anna Daniell's practice, however, there is something more at stake. The stories with which the sculptures are loaded are partly secret and hidden from the audience. The stories of the objects are subjective. You never know the whole story of what happened when the sculpture has been at someone's home, or what secret has been whispered to them. Therefore, the sculptures, on the one hand, have a material and objective outer side - which we can agree on - but also an almost subjective interior. A good example of this is when the sculpture The Secret of Success, which before it was exhibited at Galleri Brandstrup, was whispered the secret of success by the gallerist while the audience watched, but they did not hear what was said. It is almost like the gallerist is breathing life into the sculpture by making it a container for a secret. He creates a subjectivity, which only the sculpture has access to and which we, as the audience can only guess.

Anna Daniell's practice challenges us because it contradicts our rational ideals that things are just things while linking them to something familiar but irrational; our emotional dependence on objects.

In 2020 the artist completed 15 site-specific sculptures for Oslo City hall. The sculptures will be permanently placed inside the new seaside entrance.

In 2019 and 2020 Daniell will participate as a biennial artist at the Oslo Biennale with a large scale travelling project. In the fall of 2019, she presented a solo exhibition at Kunsthall Trondheim. Daniell is currently working on a permanent artwork produced in collaboration with a research project within biology at the University of Oslo, supported by the Norwegian Research Council.

Recent exhibitions include Emma & William at Gallery F15 (2018); The June Exhibition at the Artists' Association, Oslo (2018); The Locals at Norsk Skulpturbiennale, Vigelandsmuseet (2017); Sculpture club, solo exhibition at Podium, Oslo (2017); The Flock of Problems, Kabaret der Kunstler, Manifesta 11, Zurich, Artists' House and Stavanger Art Museum (2016) and Performing the Black Mountain College Archive, Hamburger Bahnhof, Berlin (2015). In 2016 she was one of the finalists for the Sandefjord Art Association's Art Prize. In 2018, Daniell was awarded a two-month work stay at the Norwegian Sculptor Association's studio residence in Berlin. The same year she received the Civitella Ranieri Foundation's fellowship and spent two months in Civitella Ranieri's castle in Italy with an international group of writers, composers and visual artists. Daniell holds a master's degree in visual arts from the Oslo Academy of the Arts. 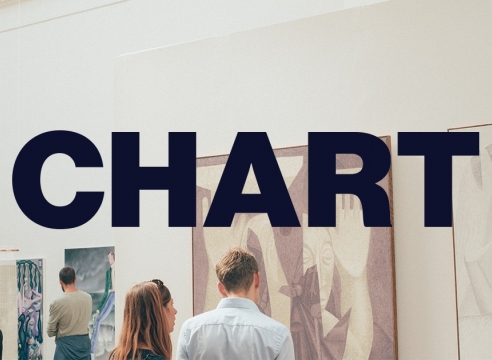